One Hour One Life – Its impossible to gets out alive

On the surface it’s easy to assume that One Hour One Life  aside from its aesthetic, is just another survival game amidst the flood consistently being released across all video game platforms

One Hour One Life

On the top it looks very easy to assume that One Hour One Life, aside from its aesthetic, is just another survival game amidst the flood consistently being released across all video game platforms. On other hand One Hour One Life at its core is a more mechanically deep version of Don’t Starve, you will find yourself playing for player interaction and the difficult decisions you are forced to make on the fly.One Hour One Life isn’t a survival simulation game instead its a human origin simulation where every action you take could be the beginning or the snowballing end to a blooming civilization’s attempt at growth.

One Hour One Life is a 100% online permadeath game where all characters on the server are actually players. Post-tutorial, with no choice as to climate or location, you are born as a one year old child to a mother (“Eve”) who is your only option to survive — especially with an almost non-existent health pool. Your only form of verbal communication is frustrating but realistic single text letters. Good luck. It’s worth noting: to balance out population, you have a small chance to be “born” as a young adult character if babies outnumber sustainable mothers on your server.

At this moment, the first domino tumbles and regardless of the outcome, you have left a mark on the environment. Your birth alone is an almost immediate strain on resources. At birth, you may have a great mother: one who names you, focuses solely on you and keeps you alive to become a contributing member of society. At the age of three you can begin to use tools, accomplish small tasks and help your family survive. This world is a harsh one, that seemingly only intends to kill you, and odds typically are not in your favor.

Maybe your mother is near death and breastfeeding will lead to an early death, requiring her to make a moral decision with each passing minute. Maybe you’ll spawn with a mother that has two children already, knowing it’s too much and you’re ultimately left unnamed and to die. One could only hope to be born to a mother of an “advanced” village, with thick mud walls protecting the farm. The more common outcome, sadly, is to a mother barely sustaining herself in the woods desperately searching for previous fallen townships to find anything for her next meal.

In One Hour One Life, you age a year per minute with each year opening more and more possibility to you. If you make it to age 60, you’ll die of old age, which is very not common. In my time played, I’ve had the opportunity to experience the death of an elder-leaving such an impact on the village, every resident left to mourn the fallen elder. Ultimately I was ignored and died of starvation.

It’s not uncommon for the first hour or so that you play that you’ll be lucky to see the age of 6 or 7. Even at age 3, you’re barely able to say a three letter word like “Mom” much less find berries or food for yourself. You have no role, no job — but with any semi-organized group that you are lucky enough to spawn into, hopefully someone will be at base delegating tasks. In the event that no one is, the best thing you can do is try to assist around the farm, gathering berries or making food baskets for the elders.

While survival and sustenance are typical player motivation, nothing is stopping you from being a monster. From murder and thievery to destroying as much of a resource that you possibly can — you are left to your own motivation and imagination. For instance, I was forced to leave an encampment and stumbled upon a large village where I was told “I wasn’t welcome” and even though I was starving, I was instructed not to steal from their farm. As a kneejerk response, I hid silently on the edges, only appearing to gather and chow down some of their carrots only to survive. After a few years, I was found and killed. It was only after the fact, the realization hit about the extent I likely hurt their progress. Many future children died because of my attempt at retaliation. 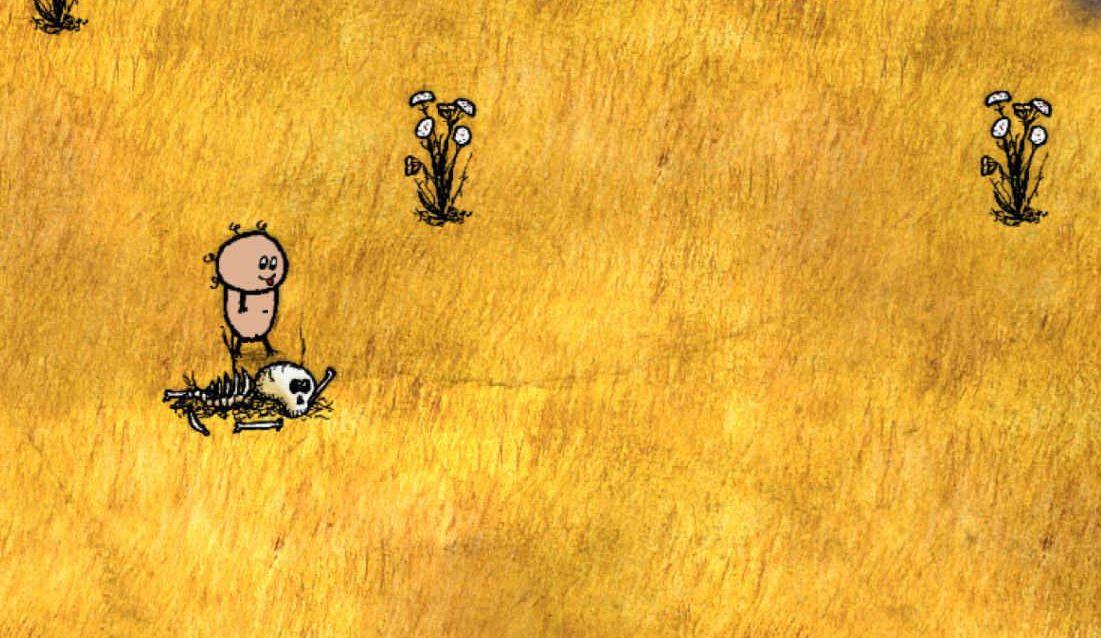 The aesthetic of One Hour One Life might turn some off but due to the nature of choices, might make you feel less evil. I’ve experienced a birth in the middle of the woods, to a mother who gave her life just to keep me sustained. I aged to the point where I also spawned a child. I couldn’t sustain them in the long run and as a wolf appeared I opted to drop the child to aid my escape. Shortly thereafter, karma caught up as I died of starvation mere steps from an abandoned encampment. While these actions might make me sound evil, it’s the tough choices that will sit with you long after you play.